Is it time to drop the labels and investigate the beautiful mystery of the bridal paradigm? 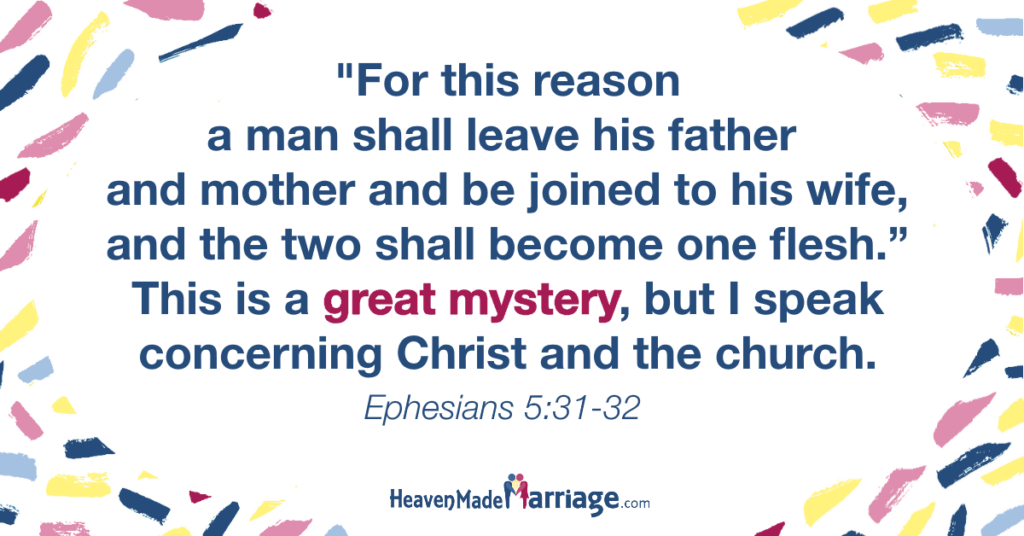 As a long-time marriage blogger, I’ve read a lot on both sides of the egalitarian vs. complementarian debate. I’ve finally come to the conclusion that these labels are not very useful in discussing gender roles in marriage because they have become too badly tainted with misuse, misinformation, and misunderstanding, not to mention our own personal prejudices on the matter.

As I’ve watched the sparring with some dismay, and probably partaken in it more than I should have, I’ve observed that each side has tended to accuse the other. There’s a strong thread of “I’m right and you’re wrong” in much of what I have read, as each strongly justifies their stance based on their interpretation of the scriptures on marriage.

But the real reason I finally decided that I’m neither a complementarian nor an egalitarian is that both sides focus on principles which I believe miss the heart of God’s intention for marriage. Now, I’m not claiming that my understanding is the only way to see such a complex matter as marriage, and I have no intention of offending those who have come to their beliefs for good reason. I’m simply suggesting that as we all pursue what it means to live a biblical marriage, we step back from our entrenched positions to consider the bigger picture.

I struggled to come up with a convenient term for my position in this debate, so I finally decided to make one up. I’ve decided that I’m a Megamysterian.

Today, I’m going to start unpacking this a bit, beginning with Paul’s famous verse on marriage:

“For this reason a man shall leave his father and mother and be joined to his wife, and the two shall become one flesh.” This is a great mystery, but I speak concerning Christ and the church.
Ephesians 5:31-32 (NKJ)

Here, Paul quotes the verses from Genesis 2 where God institutes the first marriage in the Garden of Eden. Then he proceeds to turn the whole thing on its head with a declaration that marriage is designed by God to reflect the relationship between Christ and the church. The Greek words here can be literally translated as “mega-mystery”, hence my choice of the term “megamysterian.”

Among the definitions for “mega” in the Greek Lexicon are “things esteemed highly for their importance.” This mystery is clearly something we should pay particular attention to.

This notion of “Christ and the church” is much more than a trite saying. It is a mega-mystery that holds the secret to marriage done according to God’s intention, full of passion, intimacy, joy, and freedom. The fact that it is a mystery means it is something we are going to need to investigate and study if we are going to get our arms around it.

I’ve spent 15 years studying this truth and feel I’m still just at the beginning of understanding. It’s a beautiful, rich mystery that I will spend the rest of my life unraveling, similar in nature to my endless pursuit to “know the unknowable love of God” (Ephesians 3:18-19).

In case you’ve not been privy to the egalitarian vs. complementarian debate, these are the two primary schools of thought when it comes to God’s design for marriage and the relative roles of husbands and wives.

On one side are the “egalitarians,” who reject the idea of different God-ordained roles for husbands and wives, emphasizing Scriptures that speak of equality, while downplaying or re-interpreting those that speak of gender-based differences in function.

(Side note: I also dislike the word “roles” in this discussion, because what Paul describes in Ephesians 5 are attitudes of the heart, not dispassionate functions. Perhaps for another post.)

Of course, the arguments on both sides are much more involved than the simple definitions I have presented here, but a deeper dive would not add anything to our present discussion.

One reason egalitarianism has arisen in the past 50 years is a lack of understanding and grounding of most complementarians in the mega-mystery of Christ and the church, The Bridal Paradigm. Understandably, egalitarians seek to protect women from the subjugation, domination, and suppression of selfish and overbearing husbands, who use their authority to control and constrain their wives. Abuses of biblical headship are all too commonplace, and so I understand the desire to put in place some “protective theology” for wives. However, I’m not convinced that holding equality out as the measuring stick for a good marriage will ultimately benefit most couples.

A better solution than reducing the discussion to simplistic labels is to focus instead on growing our understanding of Paul’s mega-mystery. I hope you’ll join me as I dig more deeply in the coming weeks into the profound lessons for marriage found in the beautiful and mysterious Bridal Paradigm.

In case you missed it:

I recently participated in a collaborative guest post over at Active Manhood, “How Strong Father’s Raise Strong Daughters.”

Sign up now to join me and Dr. Jessica McCleese for a live webinar this Thursday from 6-7pm Eastern, “Naked without Shame; Why Intimacy Matters Most.”

7 thoughts on “Why I’m a Megamysterian”