Reclaiming marriage from the culture starts with your very own marriage. 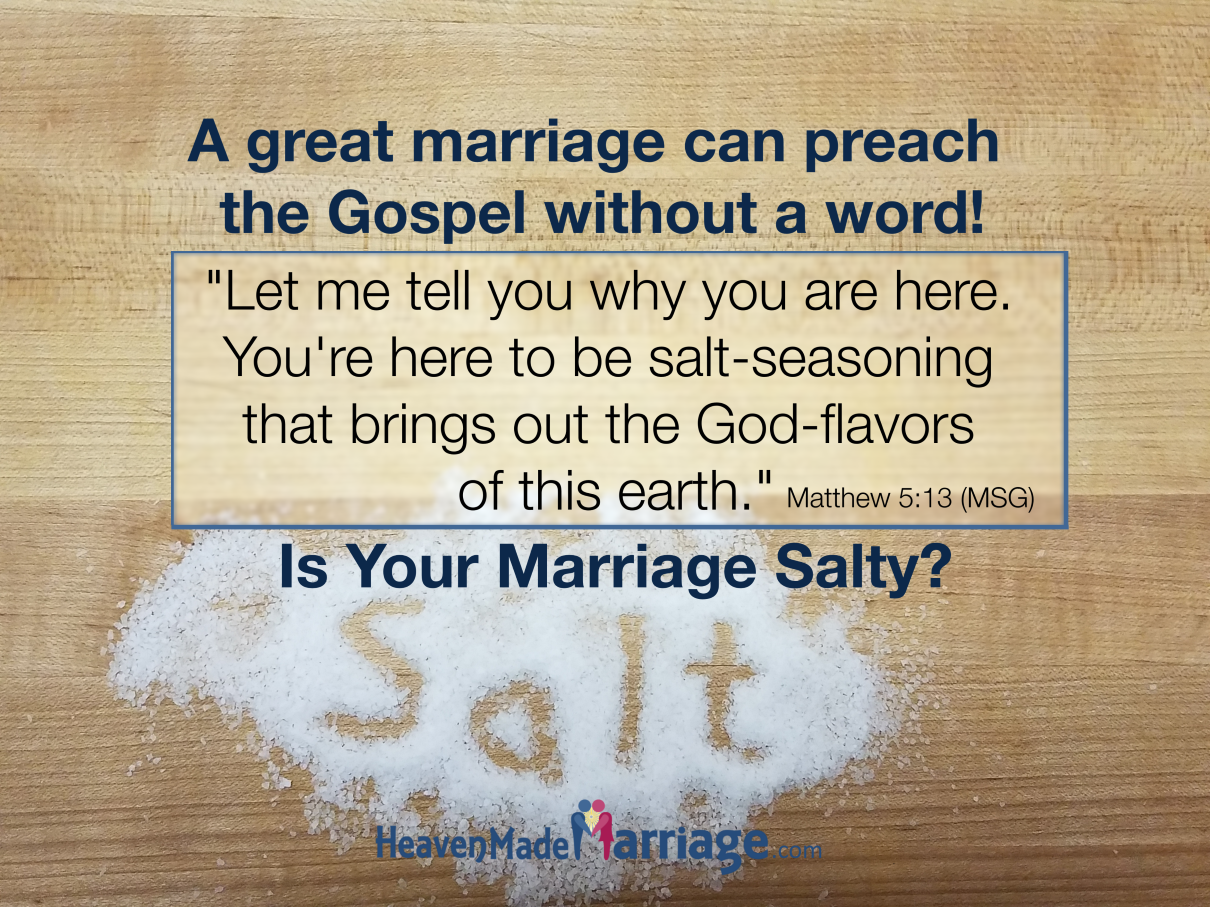 There is no doubt that the enemy has had his sights on the media and entertainment world for a long time. These are two of what Os Hillman calls “The Seven Mountains of Influence.” Especially for young people, these are huge influences in our culture.

So when I first started preparing for this post, I gathered a bunch of blatantly anti-biblical, marriage-maligning examples from today’s media and entertainment industries. It was easy to find tons of atrocious examples of such shows and movies. For example, the new TV show, “The New Normal” advertises itself this way: “Two gay dads and a baby mama create a totally new kind of family comedy.” Family Comedy? Normal? Really?

Suffice it to say that examples like this are everywhere.

But then I came across an article by Os Hillman that struck me rather dramatically.  His article opens with this thought:

Christianity has become a sub-culture that is more known by what we don’t like than what we believe. In the eyes of the secular world we have become a right wing political action group instead of a loving, caring Church of our Lord Jesus Christ. Our message has been shut out because of the way of the messenger. We still have the right message, but we have failed to deliver it in a manner consistent with the Gospel of Jesus Christ. Jesus modeled love and mercy and sought to change the hearts of people before He expected to see change in their behavior. Few people are attracted to Christ through a boycott.

That’s a pretty stinging indictment, and it really convicted me. Protests, boycotts and even blog posts filled with outrage will do little to reclaim our culture.  So, I decided there is little point in me writing a rant against today’s movies, TV shows and music. For the most part I’d be preaching to the choir anyway.

So What Do We Do?

I’m calling you to consider a different kind of action: be salt and light. That’s what Jesus calls us to be. In Matthew 5:13-14 He put it this way:

“Let me tell you why you are here. You’re here to be salt-seasoning that brings out the God-flavors of this earth. If you lose your saltiness, how will people taste godliness? You’ve lost your usefulness and will end up in the garbage.  Here’s another way to put it: You’re here to be light, bringing out the God-colors in the world. God is not a secret to be kept. We’re going public with this, as public as a city on a hill.”

I don’t mind if you feel compelled to write letters of objection to networks or to boycott advertisers of certain shows that you find offensive. Do what you feel is right. But I agree with Os, these actions will do little to actually change the hearts and minds in our culture.

Start with Your Own Marriage!

First and foremost being salt and light for marriage starts by you having a great marriage yourself.

Nothing promotes marriage like terrific marriages!
So here are a few of my thoughts on how to counter the media’s negative marriage messages with your own marriage:

This isn’t exactly the post I thought I would write concerning the media and entertainment – and probably not what you expected from the headline.  Still, I’m absolutely convinced that the best way to counter the media’s negative messages concerning marriage is to have an overwhelming number of great marriages as a shining example of what marriage can be like.

What do you think it means to be “salt and light” with your marriage?

2 thoughts on “Is Your Marriage Salty?”

Scroll to Top
We use cookies to ensure that we give you the best experience on our website. If you continue to use this site we will assume that you are happy with it.Ok