God created marriage to be a stabilizing foundation of the church and of society. How can we get on board with God’s marriage agenda? 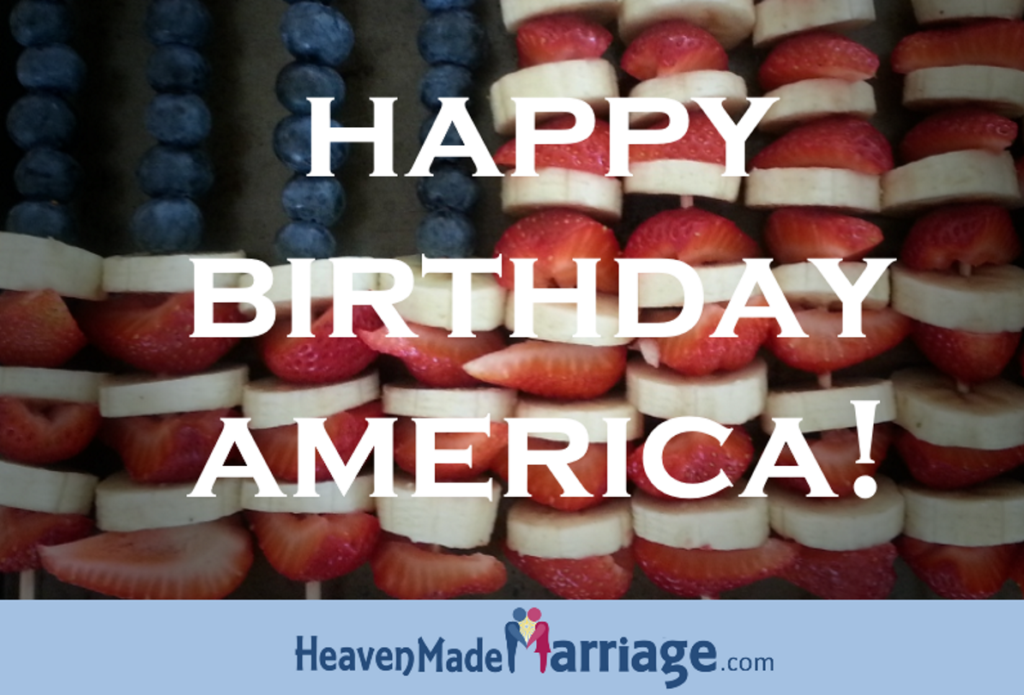 For my readers outside the US, chances are that what I’m about to say regarding trends in the US have bearing on your own country. In fact, I’d love to hear how the state of marriage compares in your own country.

It is not popular to stand up for marriage in the US these days, especially if you take a more traditional and sacramental view of the institution. In fact, those who do so often face severe chastisement and abuse by those who disagree. There seems to no longer be space in our society for courteous public discourse about the important topic of marriage.

Is marriage in the US really in trouble? I believe so.

Despite the focus of the headlines on legal battles in recent years, you might be surprised to hear me say that gay marriage is not the biggest threat to Christian marriages.  Of course, I am a strong supporter defining marriage as being between one man and one woman, and I see the strong push by gay rights advocates as eroding belief in God’s plan for marriage. However, statistically speaking, a great many more people are impacted by other negative factors not related to gay marriage. By focusing almost exclusively on what we are against, I think we lose the opportunity to emphasize the beauty of what we are for, and we risk missing some other, more significant trends.

For instance, Young people are delaying marriage or doing away with it altogether. According to the The National Marriage Project’s (TNMP) 2013 Knot Yet report, the average age of marriage is higher than it has ever been (27 for women and 29 for men). In 2011, there were more unmarried females than married females for the first time in US history. Along with that, cohabitation has soared from about 1.6 million people in 1980 to 7.6 million in 2011, which represents a growth of 350% when population growth is factored in.  A significant percentage of young people no longer believe in marriage, and we must ask ourselves why.

Another alarming trend is fatherlessness.  In their State of our Unions 2012 report,  TNMP reported that the rate of out-of-wedlock births was approaching 50% for low-to-moderately educated women, almost twice what it was in 1982.  Overall, children born to single parents has increased more than 7-fold since 1960.  In 2011, one in four children in the US was living in a single-parent household.

Another alarming trend is the increase in so-called “gray divorce.” According to Pew Research, divorce for those aged 50 and over is up by an alarming 109% compared to 1990, while divorce in general is on a downward trend. The economic empowerment of women is certainly an enabling factor. However, the root of the problem is that so many couples prioritize children and careers and other interests over their marriages – for years. Thus, once the children are gone and retirement approaches, they find themselves more like roommates than lovers, and they head for the exits.

Shaunti Feldhahn wrote a book called The Good News About Marriage. In it, she debunks some common myths about divorce and marriage statistics, such as the oft-quoted 50% divorce rate. She counters that “according to the Census Bureau, 72% of those who have ever been married, are still married to their first spouse.” That is good news. However, although the divorce rate is trending downward, one underlying reason is that marriage, in general, is in an even deeper decline. And that’s not good news at all.

The science is clear: marriage is linked to all kinds of positive societal outcomes. It leads to better household economic status and stability, healthier and happier children, and a longer lifespan, just to name a few. So what can be done to re-establish marriage in our nation?

Where is the Hope?

These trends are very disturbing to me as a champion for marriage and as an American, I’m an unashamedly patriotic individual, and I happen to think America is a unique force for good in the world. However, as I observe our steady slide away from marriage, our continued attempts to redefine it, and society’s ongoing denigration of what God designed as a covenant relationship, I can’t help but wonder what the future holds for my children and their children.

Yet we are not without hope. I agree with Shaunti Feldhahn’s statement in an article for Catalyst, Everything we Think We Know About Marriage is Wrong:

What marriages need today is hope. And of all people, we in the Body of Christ should be the most ready to offer hope – not just for our spiritual life but for our marriages. And now, we can.

As believers, we have the inside track on marriage. We hold the hope.

We have a close, personal relationship with the One who created marriage before time began. We have also been given the relationship of Jesus and the church as a model for marriage, what I refer to as the Bridal Paradigm. I often say that the marriages in the church should be so compellingly beautiful and strong that people should get saved just by observing how we do marriage. Yeah, I’m a bit of an idealist.

The National Marriage Project supports a pro-marriage legislative agenda to reverse some of the deleterious trends in marriage. I don’t think government policies are the answer, though they may help stem the tide. I believe the church is the solution.

Happy Birthday from the Church

So here are the seven gifts I think the church should give to our country to help re-establish marriage as the strong central pillar of our society.

You may be thinking, “That’s fine, but I’m not in leadership at my church. What can I do?” Answer: make your own marriage a  fabulous living example of marriage at its best! For more, read my post “Is Your Marriage Salty?”

What else do you think the church can give our country on behalf of marriage? Share your thoughts with a comment.

photo credit: delicious fruit flag treat made by my daughter
This is an updated version of a post originally written in 2014 for my Journey to Surrender blog

2 thoughts on “7 Birthday Presents for A Nation”